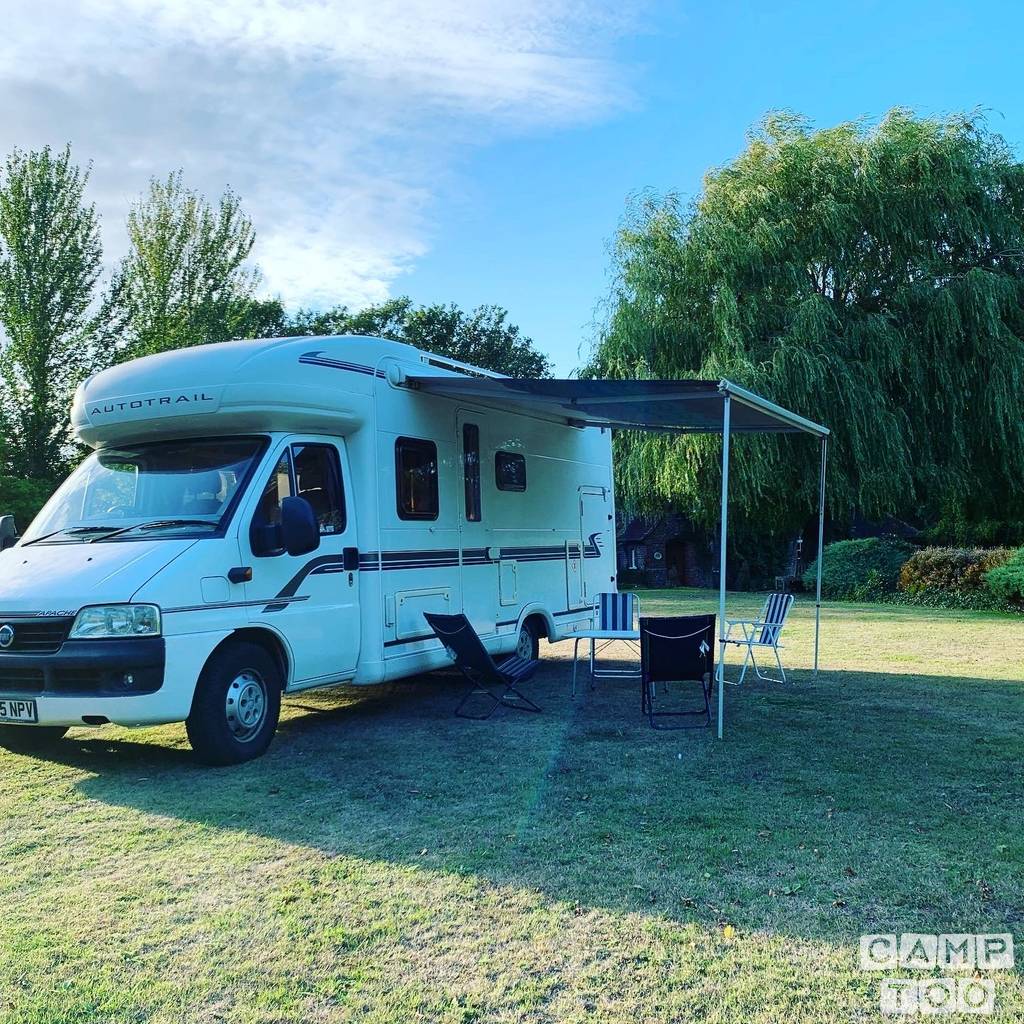 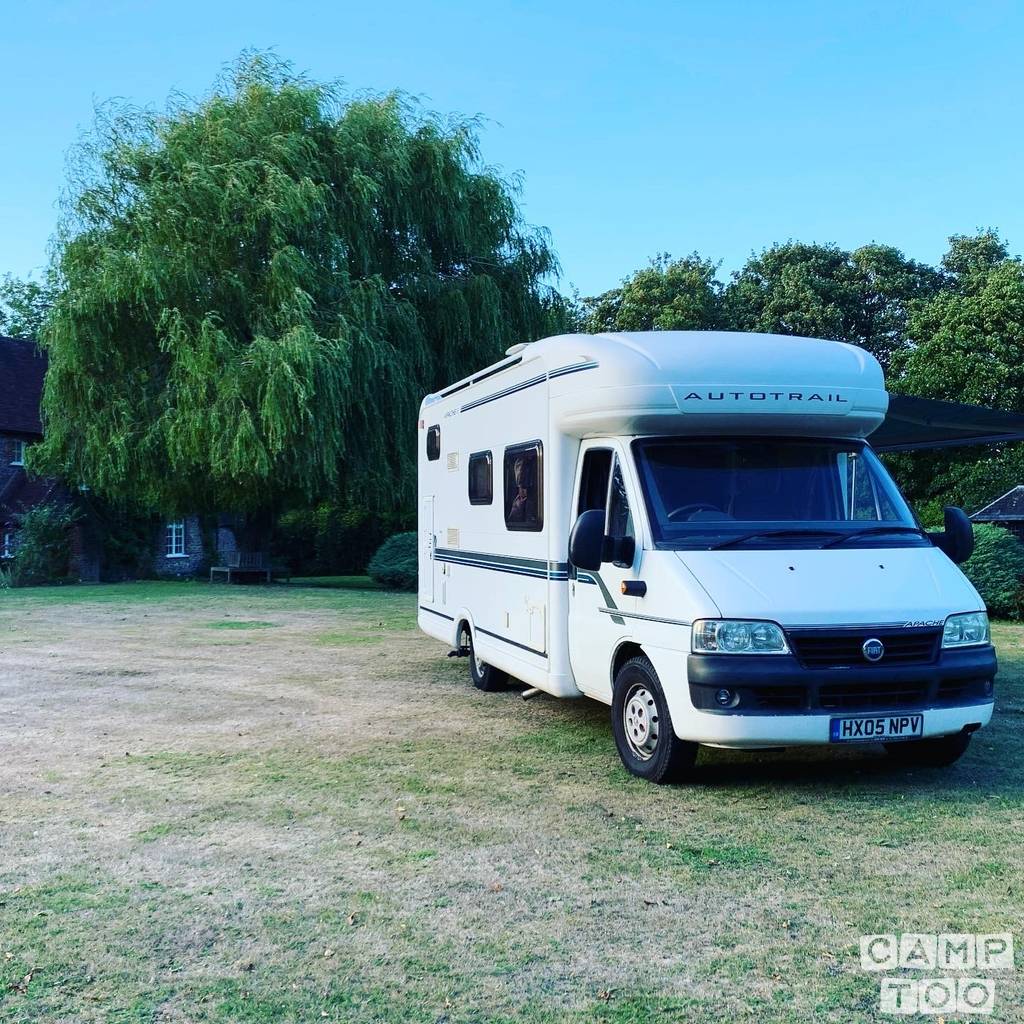 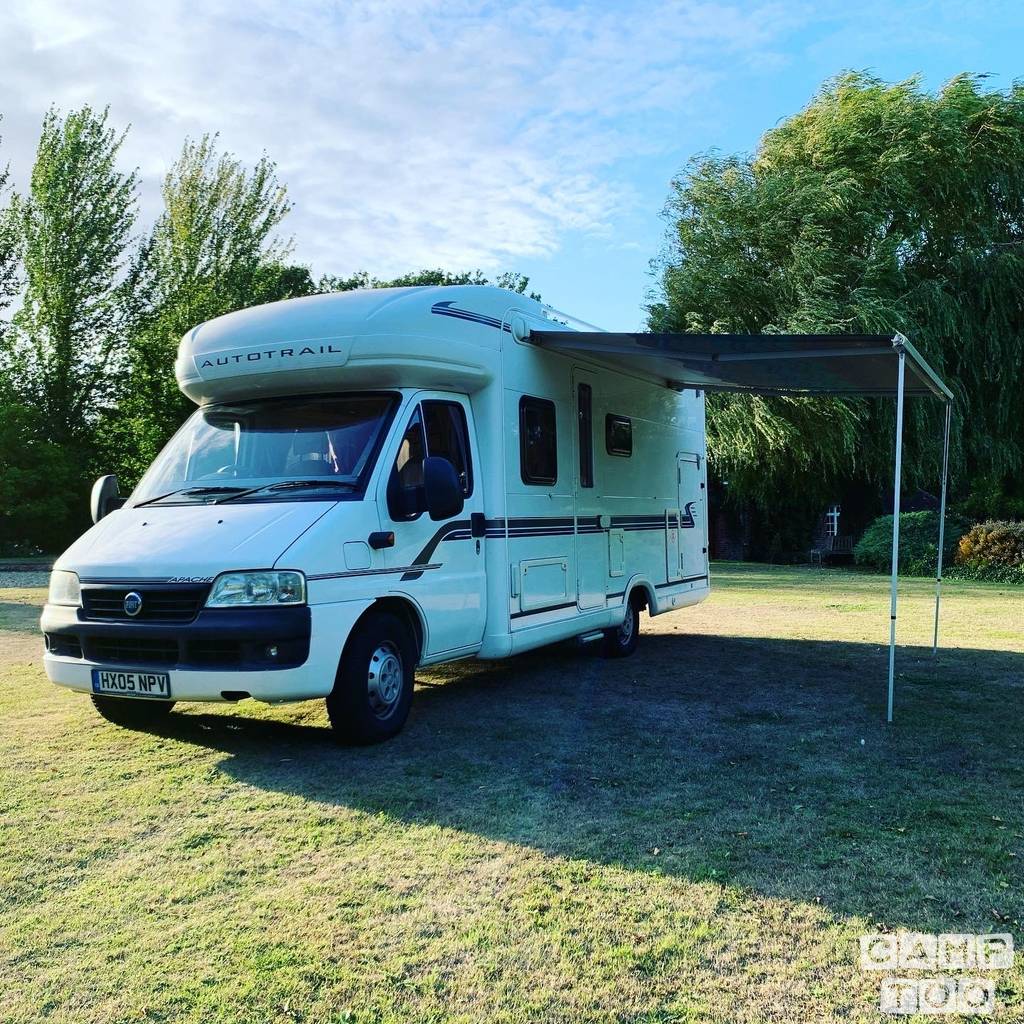 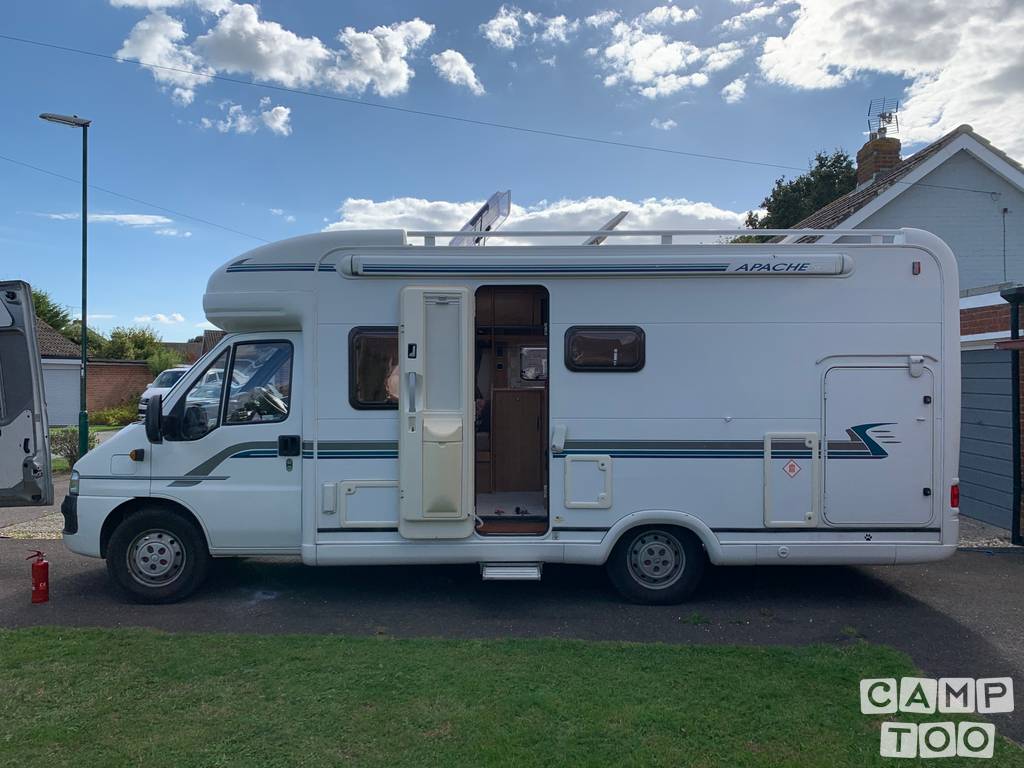 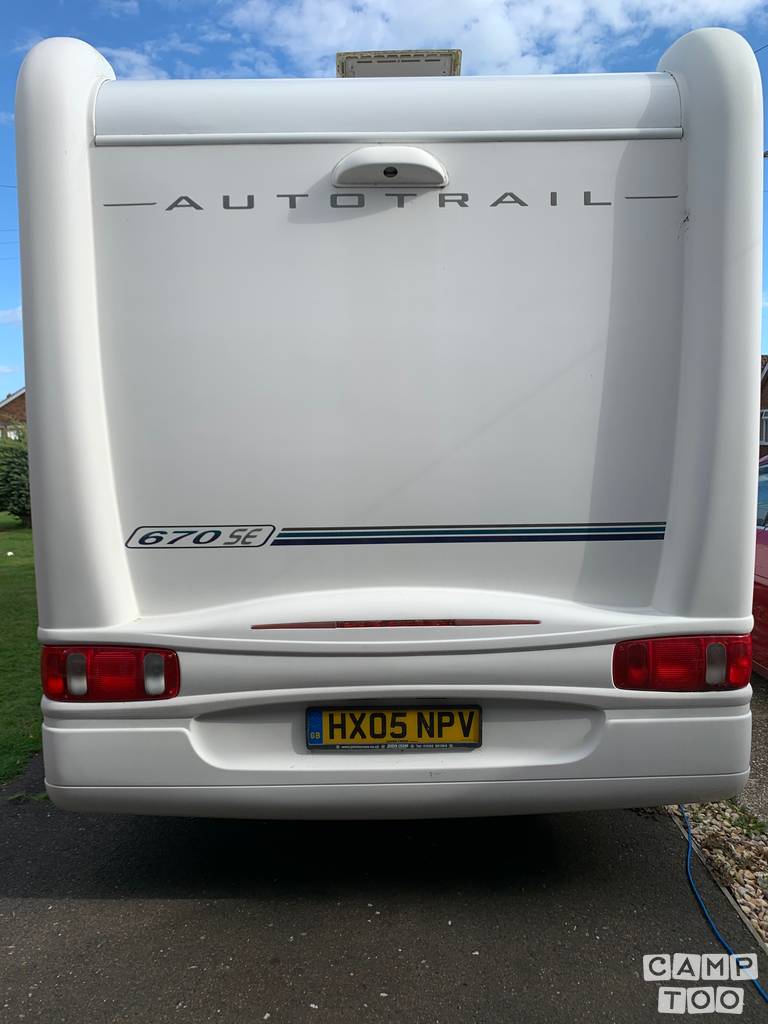 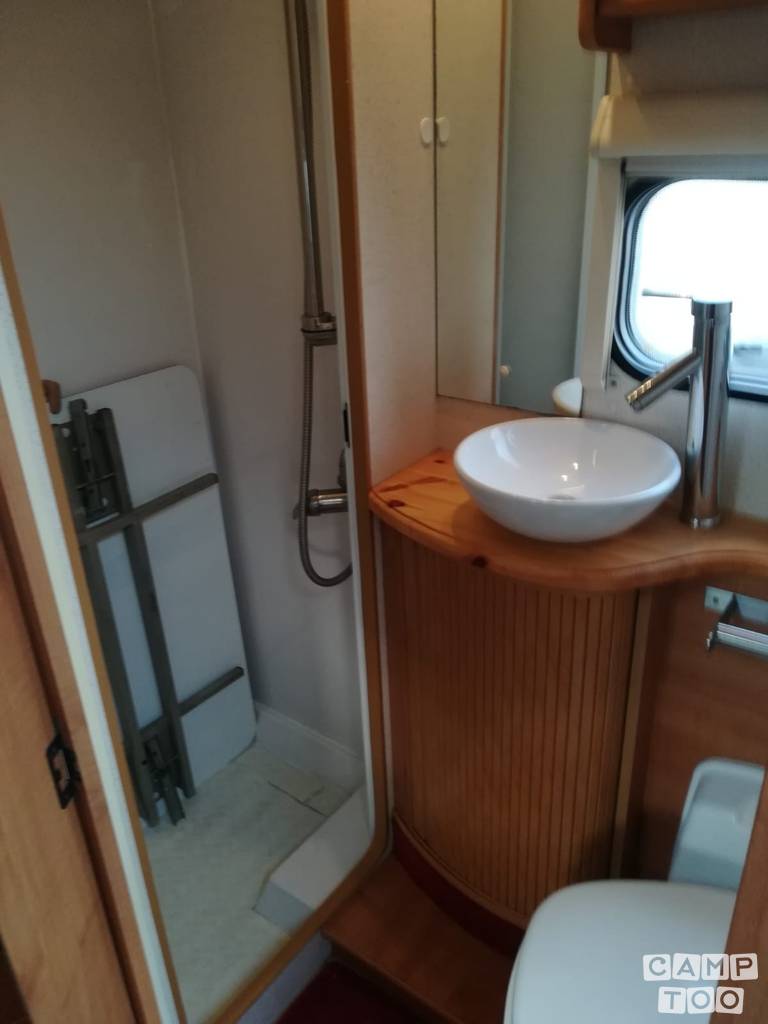 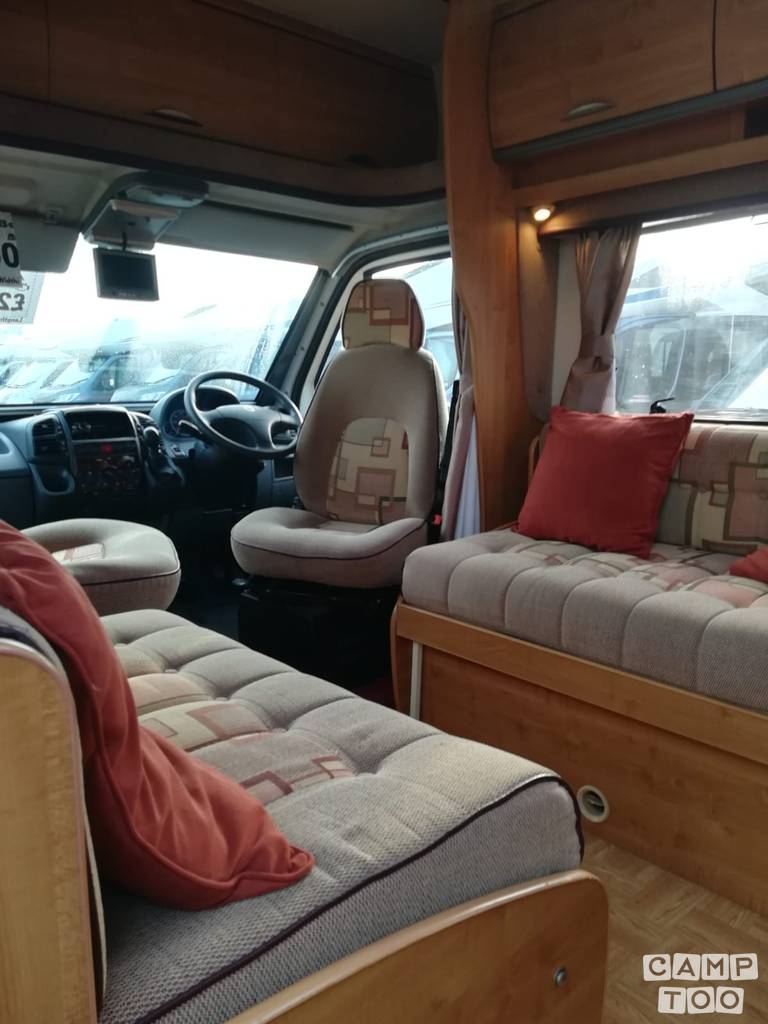 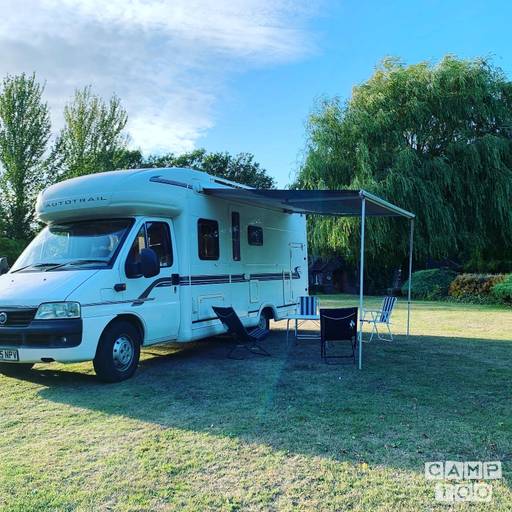 This is a great motorhome that can go anywhere. Perfect size for UK travels. Big and comfortable with anything you could possibly need to have a great time away for the whole family. With fixed bed at the back and convertible double bed at the front.

All I ask is that you treat it as if it was your own and have a lovely time.

Lee
We hired the camper from Adam to attend my sisters 60th birthday camping weekend, this was our first experience of motor-homing and we thoroughly enjoyed the experience.
Adam was more than helpful with all the information we required to make this weekend a success.
The camper comes complete with everything needed with the exception of bedding and towels of which we were advised by Adam during the booking process.
The campervan was very clean on handover and in good working order throughout
On handover Adam was very detailed in the instruction of setting up the camper and the internal workings (lights, cooker, toilet etc) which when we arrived at our campsite at midnight in the pouring rain was very much appreciated.
We look forward to renting from Adam the next time we venture out in a campervan and would recommend his services and vehicles to anyone else thinking of doing the same.

Neal
From start to finish Adam was perfect. Answered any questions very quickly. The van was ideal and VERY clean and tidy. The bedroom was fantastic no need to pack it away every morning
Aaron
We were grossly oversold the campervan we hired. I’ll start with the Ad; the add states that there are a number of things in the camper that were not present. AC in the cabin, (not present) AC in the living compartment, (not present), 220v on the road (not present) Rear view camera, (not working) heating (not working), TV (not working), Fridge (not working). That’s just the ad.

When we got the camper and started using it, the following became apparent. The hookup lead for the campsites power was broken, this lead to three nights without power before a helpful campsite owner helped us on the last night. This wouldn’t have been such an issue if the leisure battery was fully charged but it wasn’t. There was now power in the leisure battery meaning using the toilet, lights and other electricals was impossible. In addition to this, we don’t feel the camper was checked properly as in the cupboard there was food belonging to someone other than us, the pot of coffee had coffee so old in it, that it was a solid disc that came out in one go. The same again with the sugar.

In summary, we paid £94 per night for four night for something that served us the same as a tent would have. This was my first experience using camp too and possibly my last. I have written to you first to see what can be sorted before I take it up with the credit card company as we were sold something that was vastly different from what we received.”Thanks