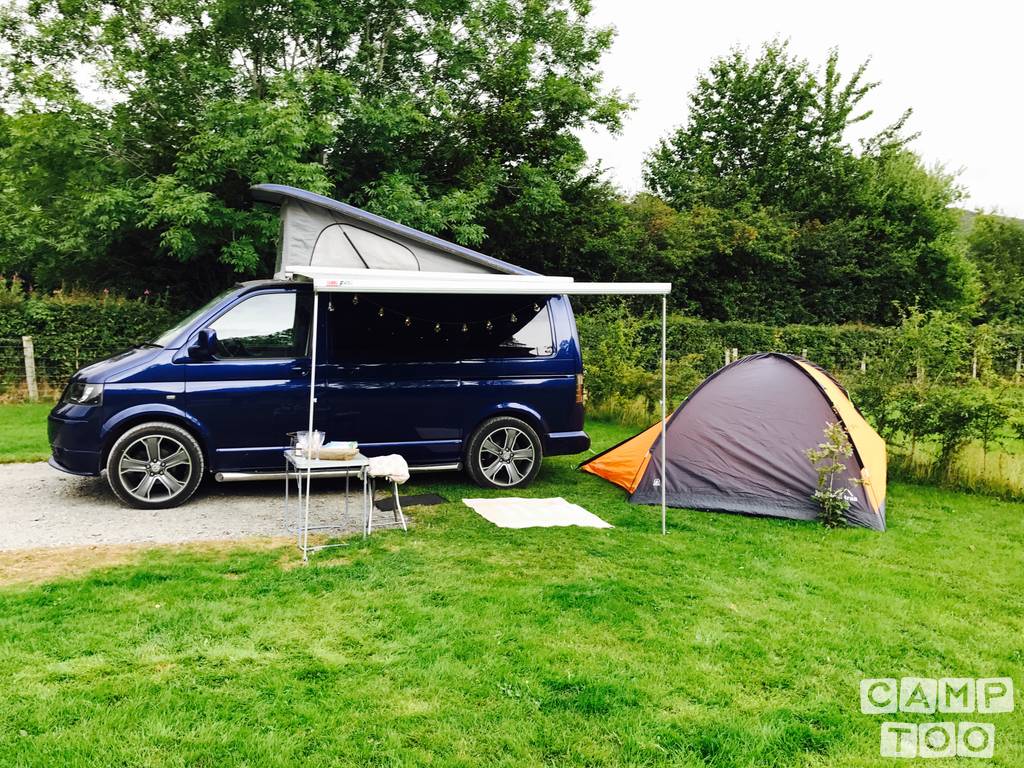 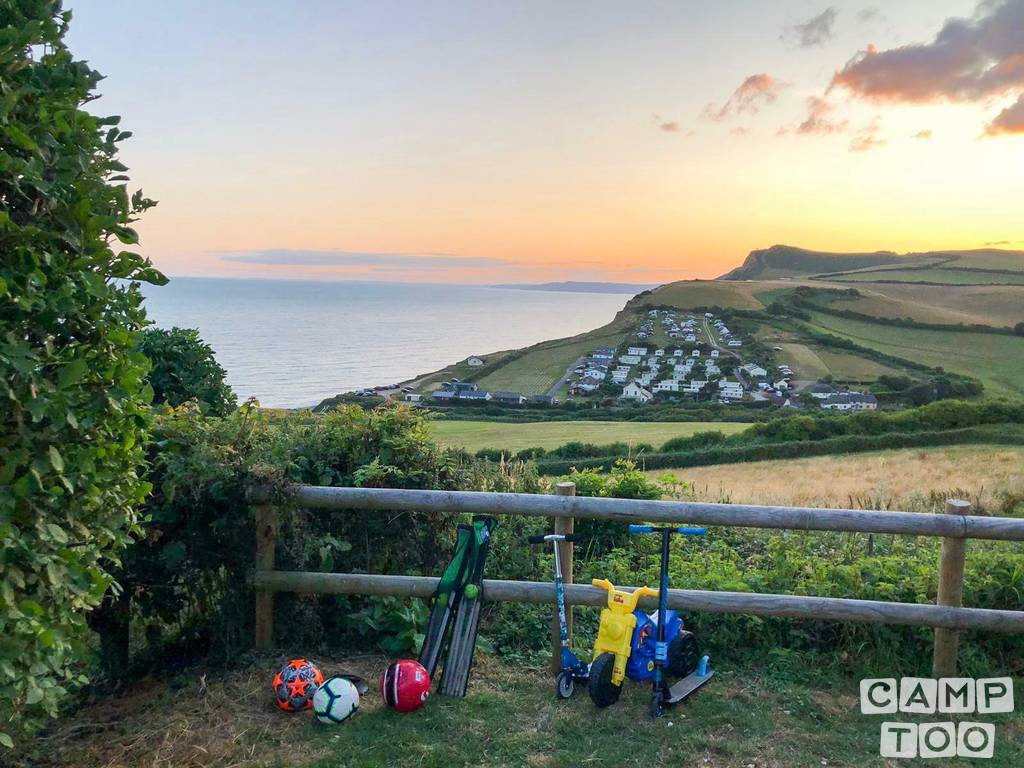 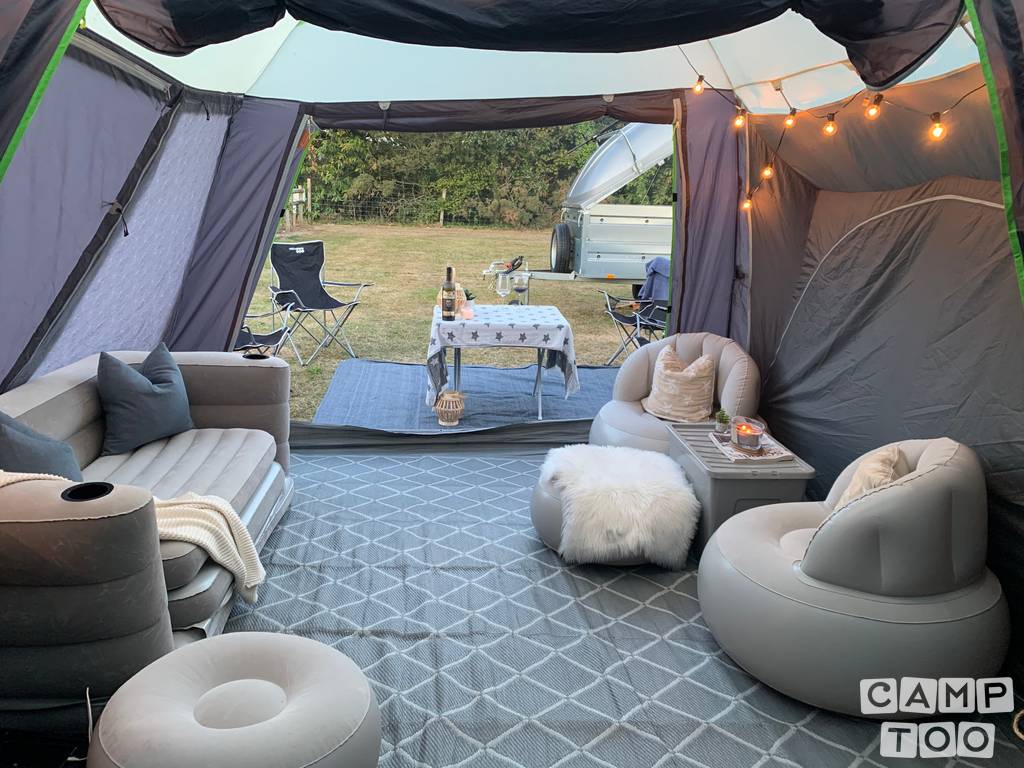 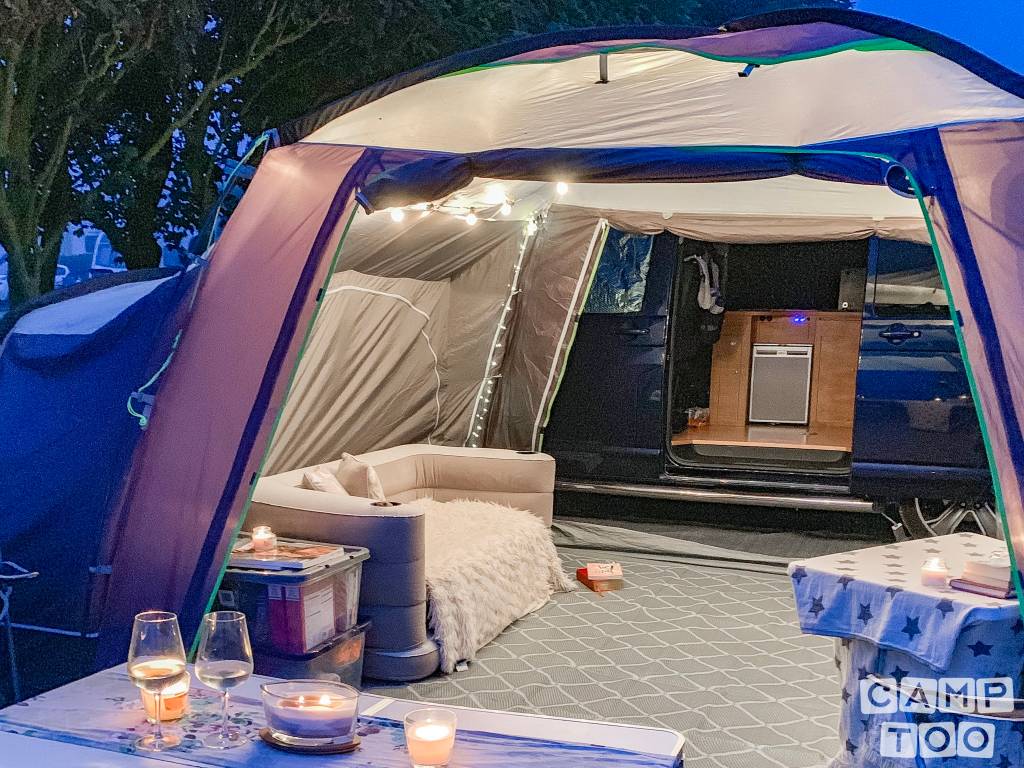 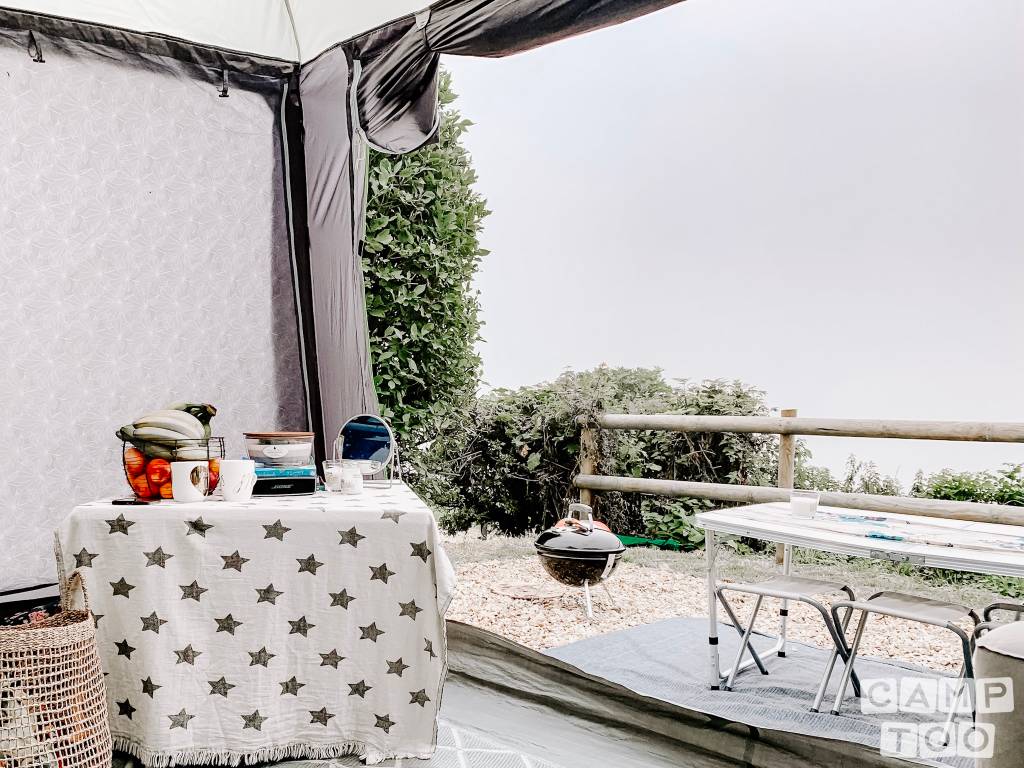 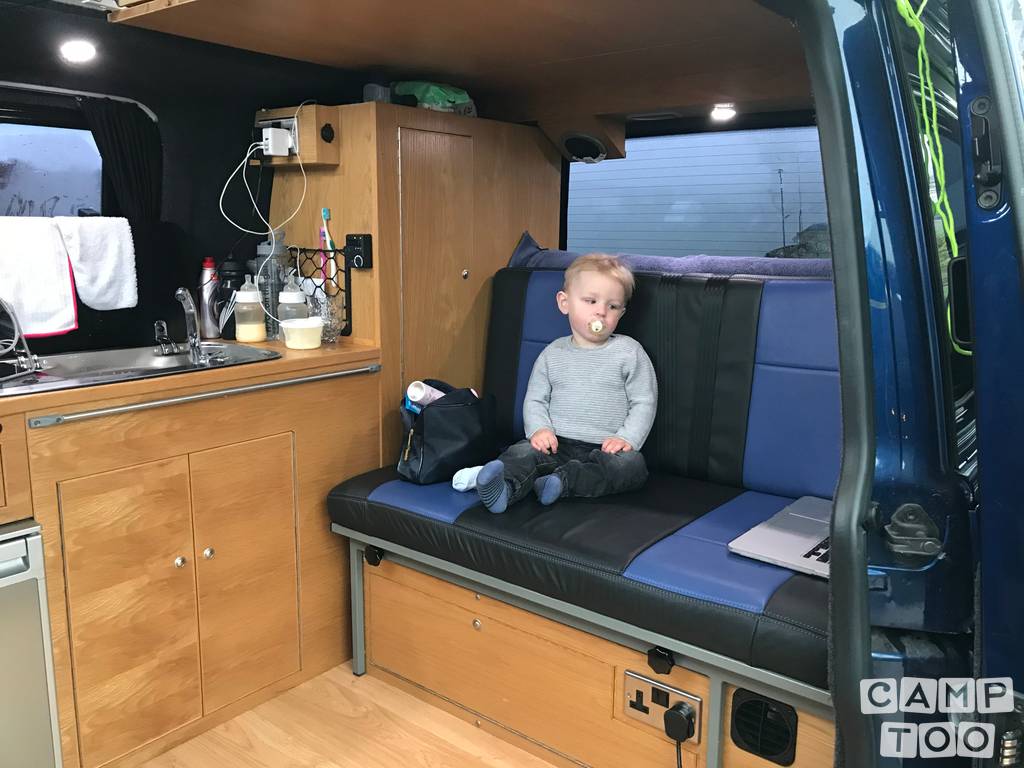 Our luxurious TD5 Camper van and trailer is a families dream for a holiday.
Equipped with everything you can think of, including a television with DVD player to make sure the kids are entertained.

The camper van sleeps Two adults on the Rock and Roller Pull out bed, and two children at the top.
We also have a bespoke stretcher for a toddler or baby that stretches over the front seats and turns this into a single bed for a younger child.

The Drive away awning is well equipped with a covered walkway between the van and the awning, a large beautiful rug that covers the size of the awning, a sleeping pod (that can be used to store luggage), a blow up sleeper couch and two single blow up arm chairs.

It also has a Camping table and chairs and mini Weber bbq.

Please don't wear shoes inside the vehicle once you've arrived at the camp site.
Our camper van and all our accessories are adored and well looked after, and we'd really appreciate you taking care of it as if it was your own... and make sure the Television is fully down in the cabinet before anyone climbs to the top bunk.