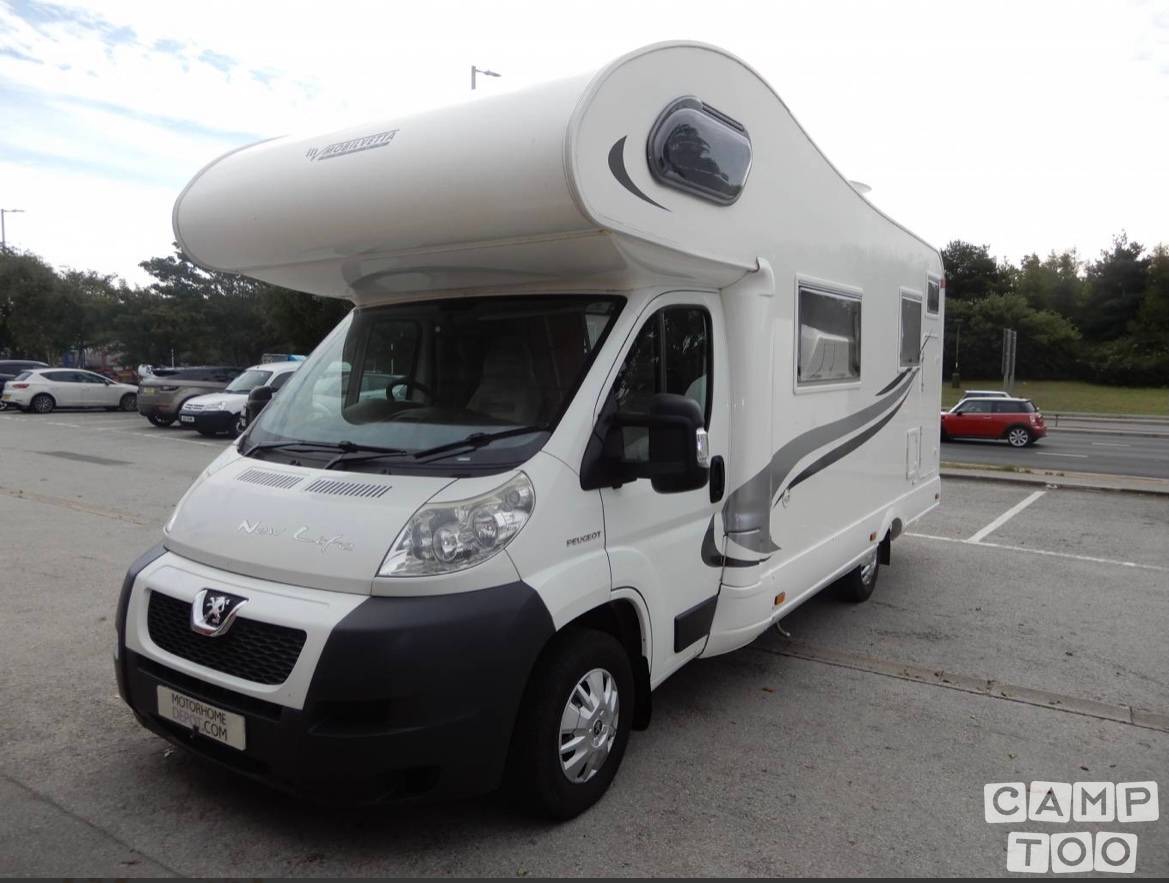 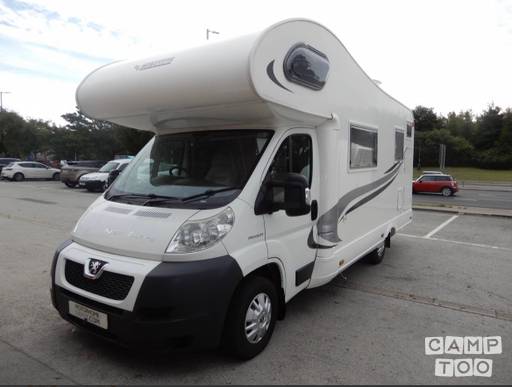 Welcome to Molly motorhome. A very cosy and comfortable clean and well kept van. She sleeps up to 6 people, She has a cosy king size bed above the cab the dining area converts into a double bed and there are also bunk beds at the rear. Separate bathroom with toilet sink and shower cubicle. Kitchen with hobs, large fridge/freezer oven/grill and plenty of cupboard space. All kitchen essentials pans/plates etc provided. Spacious wardrobe. Hot water and really good heating. Tv and DVD player. Bike rack for 3 bikes. Large storage garage at rear. Wind out awning. 2x Reclining chairs and table for outside seating. BBQ. 2 full gas bottles. Parking ramps. Electric hook up if needed. She has a solar panel so is perfect if you wanted a cosy night parked up off grid not hooked up! We also offer free secured gated parking for your car while you are away. We are located in Hyde Grt manchester just off the M67 and are more than happy to answer any questions you may have ☺️

We never met Chris in the end due to conflicts in pick-up and his schedule, he was an awesome support on messages though. His wife met us and although wasn't up to speed on everything was very kind and gave us a little run-down. They had some renters prior to us that damaged the camper so on our arrival the two top windows were boarded and taped up, it was a little frustrating as it was a heat-wave and with the camper having no air-conditioning it got VERY warm in there. On arrival we were expecting a full-tank of water/gas which we didn't get but it wasn't a big deal and Chris said just to return in the condition we found it. The camper itself is getting a little tired at this point with the blinds not working smoothly, curtains missing or rails broken, fridge latch broken, the two missing top windows but I am sure these will be replaced and fixed for the next person with some time in between rentals. The two back beds (bunks) were great for the kids, the middle bed was confusing and we are not sure if we set it up correctly even after reading the instructions but there were gaps in between the cushions due to the shape of them. The queen over the cab would be great for shorter periods but for the month we had rented, we bought a mattress topper after three days as it is very thin not the comfiest. The kitchen inventory was missing an extra-large pan for a family of six, some cutlery and the crockery was little low/chpped, but we made do and bought some extra spoons. It said a bbq was provided but we didn't get one so we bought one and left it in the camper for the next person. The bike rack was a little older and more suited for a hard-tail style bike and we had to buy extra straps for it to ensure the bikes were well secured. The fuel economy, battery life, shower/hot-water and solar was awesome, the camper drove smooth and true, fully loaded with six people (2adults + 4kids), gear and six bikes. We had an awesome time in the van despite the few niggles and with a little TLC Mollie will be back up to scratch in no-time!!!

We have rented the Camper of Chris for 3 nights. The camper is fully equipped and fully functional. At the beginning we wanted a smaller camper, but we do not regret at all this bigger version. Chris has been helpful, and it was easy to chat with him. I recommend it 100%